#Repost #caturday @blackcatsofig La la la la la LA🎶🙀Listen up for important news 🌀yeah, I know my marketing should have been in place months ago, but I wasn't sure I'd be alive in 📆August #truthbomb #survivor🙌This a sneak peek at our fab revised book cover by Jennifer Markley from @antonioandfrankie It's lighter and fresher and wait until you see what she did to the interior ! We're waiting for final printed proofs and and expect the book up for sale on Amazon before #mercuryretrograde begins on the 12th. If you are traveling✈️delays are common, miscommunication, tech glitches, computer woes and stress @mercuryretrograde2017 Give yourself extra time, double check details & being patient and kind saves the day💞 Thank you to @meganlynnkott for recreating for us our fave lalalalala cat in black. Check out her fab new cards online or in person at @catconworldwide Stop by vendor @marcyverymuch one of our book contributors for cool kitty merch and a gift from us🎁 Be sure to check out our fave cat men at the meet and greets including one of our book contributors @catmanchrispoole @coleandmarmalade Mick, kindest catman @oskar_the_blind_cat who also gave us an awesome book blurb and Mike @iamlilbub who remains true blue. 🌀we're gradually rolling out digital flip books for book reviews. If you'd like to be added to the list please DM🙏🏻 Stay tuned for exciting updates🎶 ...#gowiththeflow #itiswhatitis #postivevibes #beherenow #betterlatethannever #catbook #catart #catillustration #adoptdontshop #catcon2017 #caturdaycuties
A post shared by 😽💫CatWisdom101 (@catwisdom101) on Aug 4, 2017 at 10:54pm PDT 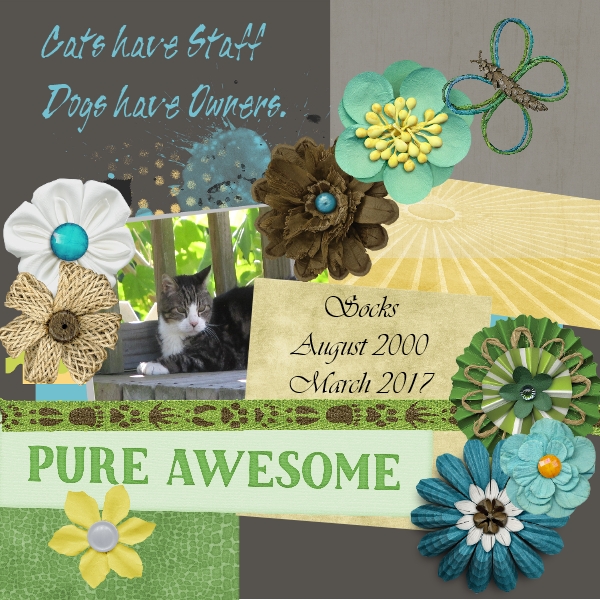 Hi, Socks here I thought I would introduce myself to Whiskers' friends. I lived 10 years after Whiskers died and I missed my brother every day. Now that we are together at the Rainbow Bridge I asked Mom if I could join him on his blog. I was diagnosed with hyperthyroidism way back in 2013, possibly due to the food I ate. I did a post on the link between hyperthyroidism and cat food here Socks Meows "Is your Cats Food Causing Hyperthyroidism?"

In 2017 I got a tumor on my jaw and at the age of 16 1/2 I went to the rainbow bridge. So like Whiskers I want to be a voice for the cats and dogs. From time to time I will blog about pet food and medical issues that affect cats and dogs. ~Socks
No comments:

Please read  Update: Kauai Community Cats Need Our Help the cats on Kauai are in danger of being KILLED. Please help save them by sharing this information and taking action.
No comments:

Random Felines: a moment of silence

Several dogs needlessly lost their lives due to bad shelter policies,  please go by and read

Random Felines: a moment of silence
No comments:

Grisham takes on the tough topic of Police Officers MURDERING OUR PETS. Read the review of his book at  Alasandra's Place: Rogue Lawyer by John Grisham (Goodreads Author)
No comments: 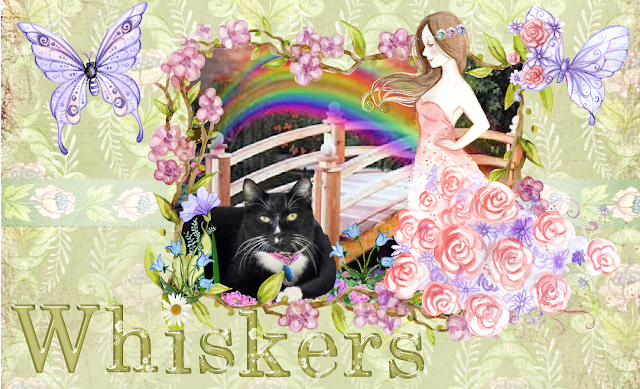 I think about Whiskers everyday. His death changed me in so many ways. I will never trust petfood companies to provide safe food for our pets, I will question the food that is supposedly human grade and I will always wonder if there was anything I could do to save my sweet boy.

It's been awhile since I have meowed at you. Don't worry I am still watching over my people. Lots has changed since I have been gone. Eldest boy has a house of his own., and has two dogs. Youngest boy is working on his Masters. I have new siblings that came after me, but one thing that hasn't changed is the prejudice black cats face. One woman is trying to change that with a book to educate the public about how wonderful black cats are.

But your help is needed to make the book a reality. Please go by the Kickstarter Campaign and donate and share. ~Whiskers the Supreme Ruler of the Universe
No comments:

No Recall, but is Purina Pet Food Safe?

As far as I can determine there hasn't been a recall of any Purina Pet Food Products, but I have read enough on the Internet to make me leery of feeding any Purina pet food, so today I returned the unopened bag of Purina Fit and Trim to Winn-Dixie they were very nice about taking the food back and very concerned that something might be wrong with it.

I first became concerned after a personal friend posted this Purina ONE Beyond food review and this Sick kitties... on her blog.


Looked it up and while there is no official recall (yet), there are lots of reports of this food (all Purina actually) causing problems in cats and dogs lately (vomiting, diarrhea, lethargy, increased thirst, etc) and there is early speculation that there MAY be a toxin (not salmonella or e. coli but an actual toxin) in it.


I dug around a bit online and several people have been complaining about Purina products.

I just don't feel comfortable feeding Purina right now. I have a bag of Taste of the Wild for the dogs now, and will probably start using Iams and Eukanuba more. If anyone can suggest high quality food for a good price suggestions are welcome. I like to feed a variety of different brands although several of the foods my friends feed aren't available locally. I am pretty much limited to what PetSmart, Winn-Dixie, Wal-Mart and T&N Feed Store carry. The cats are already eating Iams dry cat food and Authority canned catfood. They wound up with some Natural Balance canned catfood today as I got the dry dogfood at T&N.

It saddens me that Purina isn't issuing a voluntary recall and trying to find out what is wrong with their product. This is all to reminiscent of 2007 when petfood companies ignored complaints that their petfood was making pets sick or outright killing them. Whiskers died in March 2007 of kidney failure because he was eating food that was recalled 2 weeks after his death. If they had not drug their feet about issuing a recall my beautiful boy would still be alive. 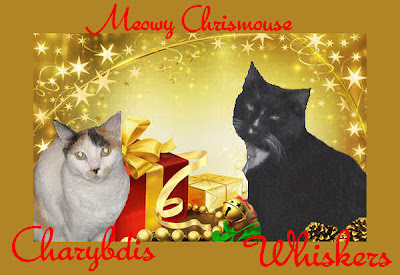 In Gulfport, Mississippi the same city where Melmo was viciously killed by a cop in March, another chained dog has been shot.

Monday, December 12th police offers were serving a search warrant. Spook was chained in the adjacent yard when he was brutally shot by a police offer who ignored the pleas of a three year old little girl to spare her dogs life. The family was not allowed to seek immediate medical attention for Spook.  Two hours later the Police took Spook to a veterinarian of their choice where they had Spook put down without consulting the owner. 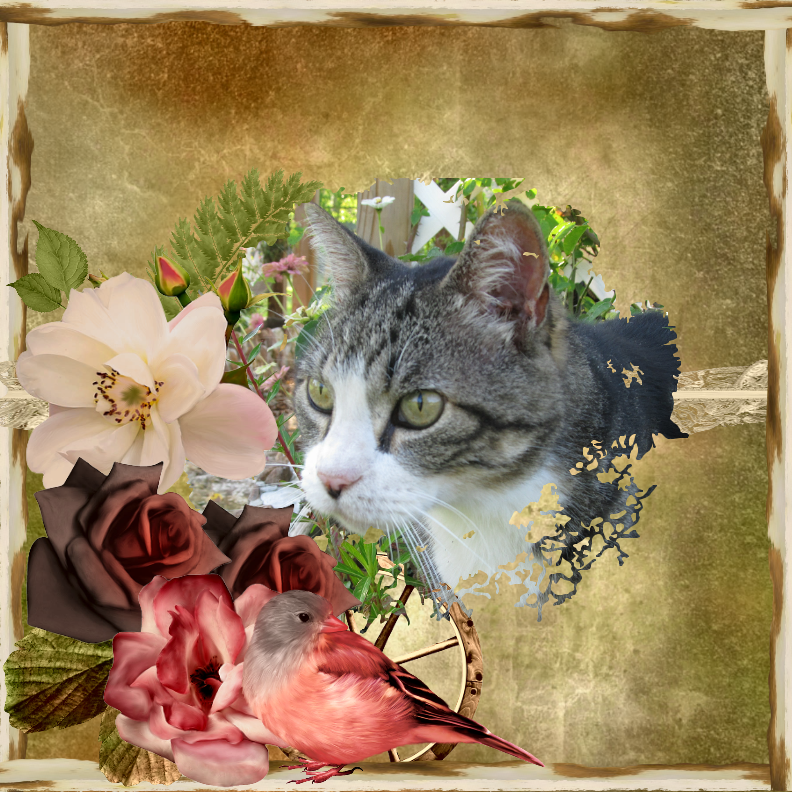 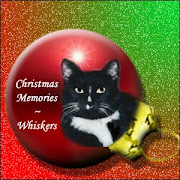